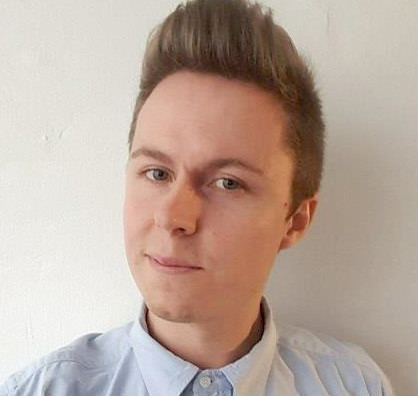 I’m a 32 year old Art Director located in Copenhagen specialising in graphics and animation for web and social media.

I have had my own freelance-company for about 6 years, where I mostly have done work on social media, banners and animations. I speak fluent english, and I’ve been an intern for 3 months in New York at the company who did Obama’s first digital grassroots campaign (BlueStateDigital). I’ve also travelled USA a lot.

I’ve been at the big danish bureau called Kunde & Co, where I’ve been a part of a bigger setup.

I have 6 years of education behind me: 2 years as Multimediadesigner, 3 years/bachelor’s degree as Visual Designer at DMJX.DK (only 20 people are let in every year), and a 1 year Motion-Graphics diploma-education at the “Digital Harvard” – Hyper Island Stockholm. I like to be pro-active, and listen to my client’s ideas and demands.

In my freetime I’m a big football fan. I’m also a great fan of 90’s music, which I also speak fluently.

For spørgsmål eller hjælp til at finde den rette person.